Bharat Jodo Yatra:-The Congress government is going to start Bharat Jodo Yatra from 7th September 2022 to unite India, bring it together and strengthen the nation. This journey is ‘Padyatra’ which will be done from Kanyakumari to Kashmir. In which more than 100 leaders will be involved along with Congress President Rahul Gandhi. Which will be the representation of almost all classes and regions. More than 100 leaders who have traveled on these posts have been given the name of ‘Bharat Yatri’.

Apart from this, the official website bharatjodoyatra.in has been launched for the general public and other leaders to join the Bharat Jodo Yatra. Anyone who wants to join the Yatra can register on this website and watch the live streaming of the Yatra. What is Bharat Jodo Yatra? And to know more detailed information related to this, definitely read this article of ours.

Bharat Jodo Yatra will be organize by the Congress Government from Kashmir to Kanyakumari. Which will pass through 12 states and 2 union territories. It will start from Kanyakumari in Tamil Nadu. In this padayatra, more than 100 leaders will walk with Rahul Gandhi from beginning to end, whose list has been prepare. In which party’s media and publicity chief Pawan Kheda and youth leader Kanhaiya Kumar are also include.

100-100 people from the states of the country where this yatra is not passing, these people will be “guest yatris” and 100-100 people from the states through which this yatra will pass will also join the yatra. These people will be called “Pradesh Yatris”. Only 300 pedestrians will be able to join the yatra at a time. Bharat Jodo Yatra is a celebration of India’s unity and a festival of hope in which all people of India can participate. This padyatra is being start against fear, bigotry, increasing unemployment and spreading inequalities in the society. 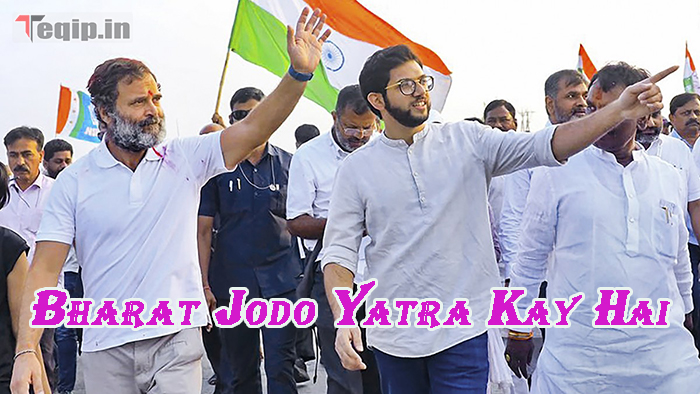 Bharat Jodo Yatra will start from tomorrow in Haryana

Congress’s Bharat Jodo Yatra is starting from tomorrow i.e. on 21 December 2022 in Haryana. This journey will last for about 3 days in Haryana. The possibility of meeting many VIPs during this visit is being express to Rahul Gandhi. The Bharat Jodo Yatra will also include the big events of the army, international players, celebrities of Haryanvi film world and people from some such voluntary organizations who have made a different identity on the strength of their work in the entire country including Haryana. Haryana Congress will appear united during this yatra. The Congress is keeping the list a secret because it fears that if the list becomes public, the Haryana government may pressurize the guest not to attend the yatra.

Yatra will run in Haryana on this route plan

Day 1 – This yatra of Rahul Gandhi will enter Haryana’s Nuh at around 6 am on December 21. After this there is a plan to have breakfast at Ferozepur Jhirka around 10 am. This journey will then reach Nasirbas at 4 pm. And then at 5 o’clock Bhadas will stop at Nagina and stay the night at Nuh’s Akeda.

Day 2 – The yatra will start from Malab village on December 22 at 6 am. Which will stop for breakfast at Ferozepur Salt at around 10 am. After this, the yatra will take a break at Ghasera village at 4 pm. And will stay at Sohna in Vallabhgarh for the night.

Day 3 – Rahul Gandhi’s yatra will start from Harchandpur at 6 am on December 23. After this, the yatra will have breakfast at Pakhal village at around 10 am. Then around 4 pm the yatra will take a break at Pali Chowk. After which this yatra will end at Barkal at 7 pm. And then night halt at Faridabad.

Bharat Jodo Yatra has been start on September 7 from Kanyakumari in Tamil Nadu by showing the green flag by Congress President Rahul Gandhi. Before starting this padyatra, Rahul Gandhi reach the martyr’s memorial of his father former Prime Minister Rajiv Gandhi and paid tribute to him. Rajasthan CM Ashok Gehlot ji and Chhattisgarh CM Bhupesh Baghel ji were also present along with Rahul Gandhi during the visit. This padyatra, which runs for 150 days i.e. 5 months, will run in two shifts, the first shift from 10:30 am and the second shift from 3:30 am. There is a plan to cover a distance of 22 to 23 kilometers in a day.

All pedestrians will sleep in containers

60 containers have been prepare for Bharat Jodo Yatra. In this 150-day padyatra, all the padyatris, including Rahul Gandhi, will sleep in containers. These containers will be brought and install in a village during the rest period. Air conditioners have also been install in some of these containers. According to the information, the pilgrims will eat the local food of the village through which they will pass. Only the villagers will prepare this food. No leader will stay in the hotel. This padyatra will be a simple padyatra which will show its indignation in a better way against inflation, corruption, increasing inequalities in the society.

Some of the main taglines of Bharat Jodo Yatra This padayatra will cover 3570 kilometers in 150 days

Digvijay Singh, the chairman of the committee organizing this yatra, has told that the padayatra will cover a distance of 3570 kilometers from Kanyakumari in the south to Kashmir in the north in 150 days i.e. 5 months. Which will pass through 12 states and union territories. In Bharat Jodo Yatra, 100 leaders along with Congress President Rahul Gandhi will accompany him from the beginning till the end of the padayatra. Whose list has been prepare by the Congress government. According to the Congress, representatives of social organizations and like-mined people can participate in this yatra.

Process of getting register on the official website of Bharat Jodo Yatra?

If you are planning to participate in the auspicious pilgrimage of Shri Mata Ji Maharaj known as Bharat Jodo Yatra, then you will need to register online. The official website of the pilgrimage offers a simple and straightforward process through which you can do just that. Here are the steps required: