PUBG Mobile 2.4 Update Release Date:-The next version of PUBG Mobile is set to be released on January 2023, and the developers are preparing for it. The release date for the 2.4 update was announced by game officials last week, on January 6, 2023. This indicates that the roll-out will take place in a few days.

The 2.4 update will also bring additional features to PUBG Mobile, according to the developers. Martial Arts-themed material, which will be introduced to the game following the release of the next update, Warrior Trial, is one of the key features.

Tencent games are preparing to publish a new version of PUBG Mobile, while officials have verified the features that will be included with the 2.4 update. Last week, game developers set the date for the 2.4 update’s release on January 6, 2023. This latest version includes martial arts-themed material, which will be accessible in the game with the launch of the Warrior Trial update.

Martial Arts Arena, Grappling Hook, Explosive Bow, and Dancing Lion vehicle are among the new features introduced in PUBG Mobile 2.4 update. ‘Back for Honor,’ a new feature that allows users to return to the game after being eliminated and challenge their eliminator for a vengeance task, is also included in addition to them. 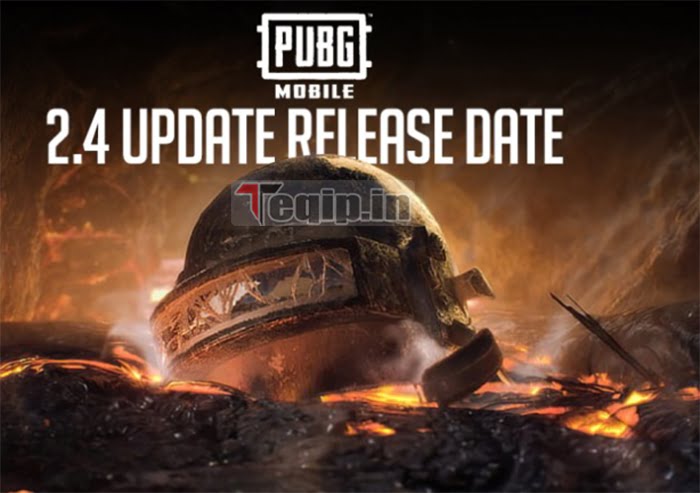 Misty Port, Gear Front additions like Player Launcher and Tactical Camouflage are among the Metro Royale updates. Later in January 2023, users may also see the demotions and rewards from Cycle 4 Season 10.

This week’s update to PUBG Mobile will bring a plethora of new features to the game, which will set the game up for more in January. The vehicles and weaponry in the game will be among the changes arriving. The AAC Honey Badger, which will be offered on the Erangel, Sanhok, and LIvik maps, will be a new weapon that we’ll get to see. In addition, 2-seat bicycles may now be found in the Miramar Bicycle Sheds, Erangel and Livik. The FAMAS will be accessible in Erangel in the future. The Martial Showdown, on the other hand, is one of the most intriguing new features in PUBG Mobile.

What is the Martial Showdown in PUBG Mobile?

The 2.4 Update will include the Martial Showdown, which is a martial arts festival that will debut in PUBG Mobile. To unlock special items, players may compete in challenges. All of the activities will be martial arts-related.

Erangel and Livik, which feature Martial Arts Arenas on the map, will be impacted by this event. The new Dancing Lion Vehicle can leap and dash, allowing you to weave your way through conflict in these Arenas. Along with the Martial Showdown event, a Grappling Hook will be introduced to assist with mobility, as well as a bow. Bruce Lee, a world-class martial artist, will also be in attendance.

Along with the Martial Showdown event, Bruce Lee is visiting the renowned game. From the 10th of January, Lee will be available, and numerous sets and skins of the late actor and martial arts expert will be published. Emotes, parachutes, and other accessories will be available for purchase.

Players will follow Bruce Lee through challenges to earn a variety of rewards during the Dreamrealm Apprentice event, which starts on January 10th. On the 26th of January, this will continue.

Misty Port, a new map for Metro Royale, is also available. This will likely include even more supplies and transportation options. This time, there will be more NPC adversaries and bosses.

You may Download the 2.4 update from the Google Play Store (AOS), Apple App Store (iOS), or any other brand-specific authorized source once it is available. The update may also be downloaded using the APK link on the game’s official website.

Using the Google Play Store or Apple App Store, you may download the most recent version of the game:

PUBG Mobile 2.4 is now available as a global beta update. This new update includes the new Squad system, which allows players to join together and form squads for cooperative gameplay. In addition, the game has been updated with new weapons, vehicles, and more. PUBG Mobile 2.4 is available on iOS and Android devices.