Reliance JIO Phone Next:-  After completion a year of preparations, Reliance JIO has finally released the next-generation smartphone – Reliance JIO Phone Next. This handset is all about providing affordability and quality features to its subscribers. So what are the key features of this smartphone? We’ll talked about all of them in detail below. Reliance company has revolutionized the telecommunication industry with its affordable internet plans and 4G VoLTE compatible keypad mobile phones and smartphones.

JIO Phone Next is yet another amazing release by the brand, made possible under 5k. You will not only get to experience seamless entertainment with the gadget but can also click decent pictures and make video calls to near and dear ones. The best part is, Reliance Jio Phone Next has dual-SIM connectivity with a dedicated micro SD card slot. The Jio Phone  include a 5.45-inch display screen with HD+ resolution.

The JIO Phone Next is the new and an entry-level android smartphone from Jio that ships with a 5.45-inch IPS display screen. The gadget runs Android 11 out of the box with Pragati OS. The smartphone comes equipped with a host of Jio apps and has features such as Translate Now, Read Aloud, and Nearby Share. The handset even has a 4G support. However, the gadget offers average performance and packs a small size battery. If you are waiting for a 4G mobile with Android 11 on board in Rs 5,000 range, then the JIO Phone Next can be an ideal offering.

Reliance Jio Phone Next is a dual-SIM (GSM and GSM) smartphone that accepts Nano-SIM and Nano-SIM cards. This new android smartphone comes with a 5.45 inches HD+ display screen with a resolution offering of 720 x 1440 pixels so that you can see crystal clear visuals while watching videos or playing games. Moreover, the mobile’s display screen has a Corning Gorilla Glass 3 protection and an anti-fingerprint coating.  You will get a 13 MP camera on the back with Digital Zoom and LED flash features for capturing photos and recording videos. And, on the front, the handset features an 8 MP camera for clicking selfie and making video calls. 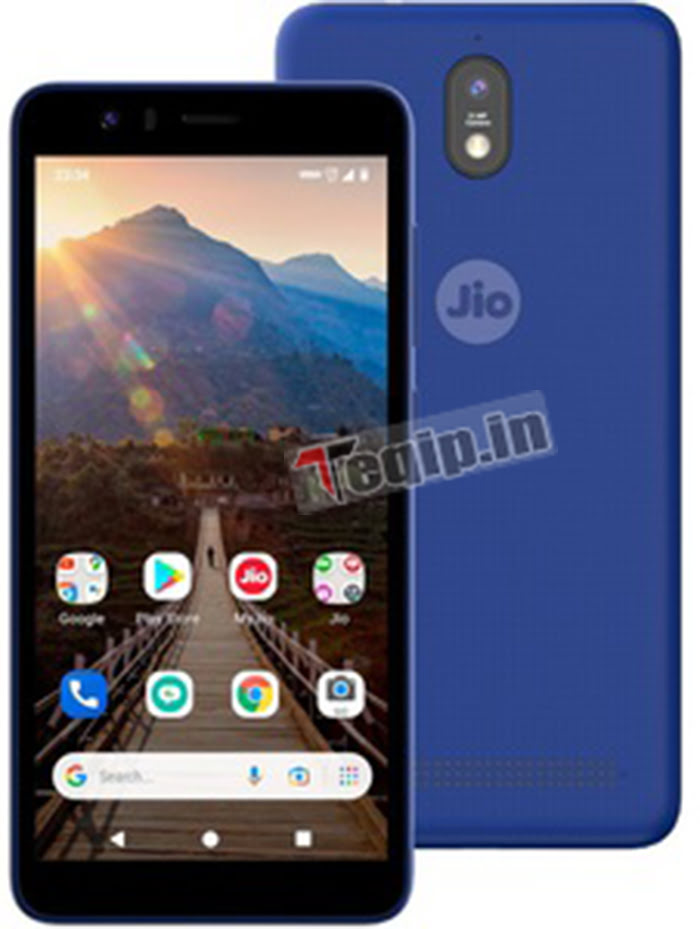 About Reliance JIO Phone Next

Jio Phone Next mobile phone was released on 4th November 2021. The handset has a 60 Hz refresh rate 5.45-inch touchscreen display offering a resolution offering of 720×1440 pixels and an aspect ratio of 18:9. The display screen sports Gorilla Glass for protection. Jio Phone Next phone is powered by a quad-core Qualcomm 215 processor. This smartphone comes with 2GB of RAM. The Jio Phone Next runs Android and is powered by a 3500mAh battery. As far as the cameras are focused, the Jio Phone Next smartphone on the rear packs 13-megapixel camera. It has a single front camera setup for clicking selfies, featuring an 8-megapixel sensor.

Reliance JIO Phone Next is a smartphone that provides high-end features at an affordable cost point. This handset runs on Android 9 Pie and has 64GB of internal storage, so you’ll be able to store a lot of pictures, videos, and music. The dual rear cameras are amazing – one with an aperture of f/1.8 and the other with a lens size of 12MP! You can also use it as a Wi-Fi hotspot so you can share files as a document or connect to the internet while on the go! So if you’re waiting for a smartphone that offers good value for your money, then Reliance JIO Phone Next is surely worth considering.

Reliance Jio Phone Next sports a 5.45-inch IPS LCD display screen that has 720 x 1600 pixels resolution. The display panel of the phone has an aspect ratio of 18:9 and a pixel density of 319PPI.  The gadget has the power key and the volume rocker button located on the right side. The smartphone has the Jio logo engraved on the rear side.

Jio Phone Next smartphone comes powered with a 1.4GHz quad-core processor. The handset as describe about packs of 2GB of RAM and 16GB of internal storage. It also has microSD card support for further storage increase up to 128GB. On the software side of things, the gadget runs Android 10 out of the box. As for the optics, the smartphone comes with a single 5MP camera at the rear. On the front side, the gadget features a 2MP selfie camera.

Reliance JIO Phone Next New android smartphone is all set to hit the Indian market in 2022. The smartphone is a 4G LTE-capable handset that will come with Android 8 Oreo out of the box. It also features a 5.45-inch HD display screen, an octa core processor, Dual VoLTE, Wi-Fi 802.11 b/g/n/ac, Bluetooth v5., Agery fingerprint sensor on right side of smartphone, 3D Facial Detection support, IR blaster for controlling other gadgets and more! So, if you’re waiting for a smartphone that will let you experience the best of the best in terms of features and specifications, then Reliance JIO Phone Next is surely the smartphone for you.

So, what are you thinking about the Reliance JIO phone next? Are you excited about the new amazing features and specifications? Let us know more information in the comments given.

Is JioPhone Next Android?

The JioPhone Next is an Android phone with all the bells and whistles.

Is Jio phone next launched?

On November 4th, 2021, Jio launched their Next mobile. The phone features a 5.45-inch 720x1440 pixel display with an 18:9 aspect ratio and a refresh rate of 60 Hz. Gorilla Glass is used on the display to protect it. A Qualcomm 215 quad-core processor powers the Jio Phone Next.

Is JioPhone next 5G or not?

Can I use Airtel SIM in JioPhone Next?

You can use any other operator's SIM in the other SIM slot as long as you have an active Jio SIM in either of the two slots.

There is no cost associated with getting a Jio SIM card.