Link Aadhaar with Driving Licence:-Utilizing their Aadhaar, drivers of two-wheeled and four-wheeled vehicles can obtain a new license or renew their existing one. With UIDAI’s new Aadhaar-based verification guidelines, fraudulent and duplicate driver’s licenses will be less common. According to the Ministry of Road Transport and Highways of India, counterfeit driver’s licenses account for more than 30% of the country’s total supply. Find out everything you need to know about the benefits and highlights of the Link Aadhaar Card with Driving Licence, as well as a list of Transport Authorities, in the sections that follow.

Over time, Aadhar has grown to become an important part of every Indian’s life. The Indian government’s initiative to give each person a unique universal identification number is beginning to pay off. An Aadhar card is required to participate in a variety of government programs and receive subsidies. A campaign has been launched by the Ministry of Road Transport and Highways to make it easy for people to link their Aadhar cards to their driving licenses. At the moment, anyone can link their Aadhar card to their driver’s license online. 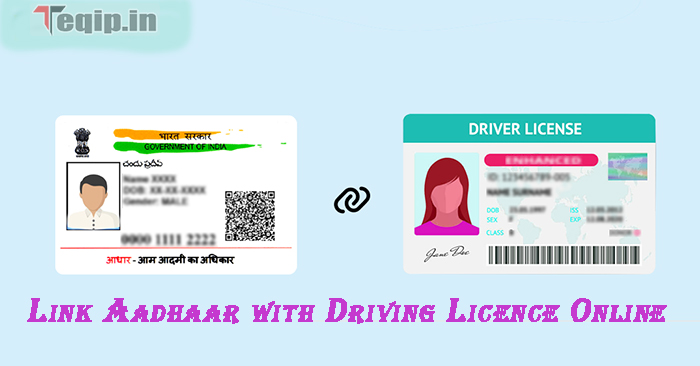 Why is the Government Planning to Link Driving Licenses with Aadhaar?

There have been several cases where a single individual possesses two or more driving licenses, according to the government. A person cannot hold several drivers’ licenses, as per the road transport-related laws. All other states and union territories of the nation recognize a driving license issued in one state. As a result, having multiple driving licenses is not required. To mitigate this risk, the authorities are considering linking Aadhaar to driver’s licenses. Duplicate licenses can be easily controlled since only one driving license can be linked to Aadhaar card.

While the Ministry of Road Transport and Highways finalizes all legal and infrastructure arrangements, the process will not be started until later this year. A driver may surrender his multiple driving licenses at the Road Transport Department’s regional office.

Benefits from a driver’s license should be linked to Aadhaar

The following are some of the main advantages of linking Aadhaar to a driving permit:

How to Connect Aadhaar to Your Driving License

Driver’s licenses are issued by each state and union territory’s Road Transport Department. To link their license to Aadhaar, owners of automobiles and two-wheelers must visit the state transportation agency’s website. Aadhaar and DLs may be linked in different ways in different states. However, all states and union regions follow roughly the same fundamental procedure. To link Aadhaar to a driving license, the user must follow the steps below:

The table below lists the websites of the Transport Authority:

Aadhaar is the 12-digit unique identification number assigned to every Indian citizen. It is also known as the national identification number, and is mandatory for all legal entities, including companies, government departments and authorities. With Aadhaar linked to your driving licence, you can make online transactions and receive government benefits more easily. In this conclusion of our series on how to link Aadhaar with your driving licence, we’ll explain everything you need to know.